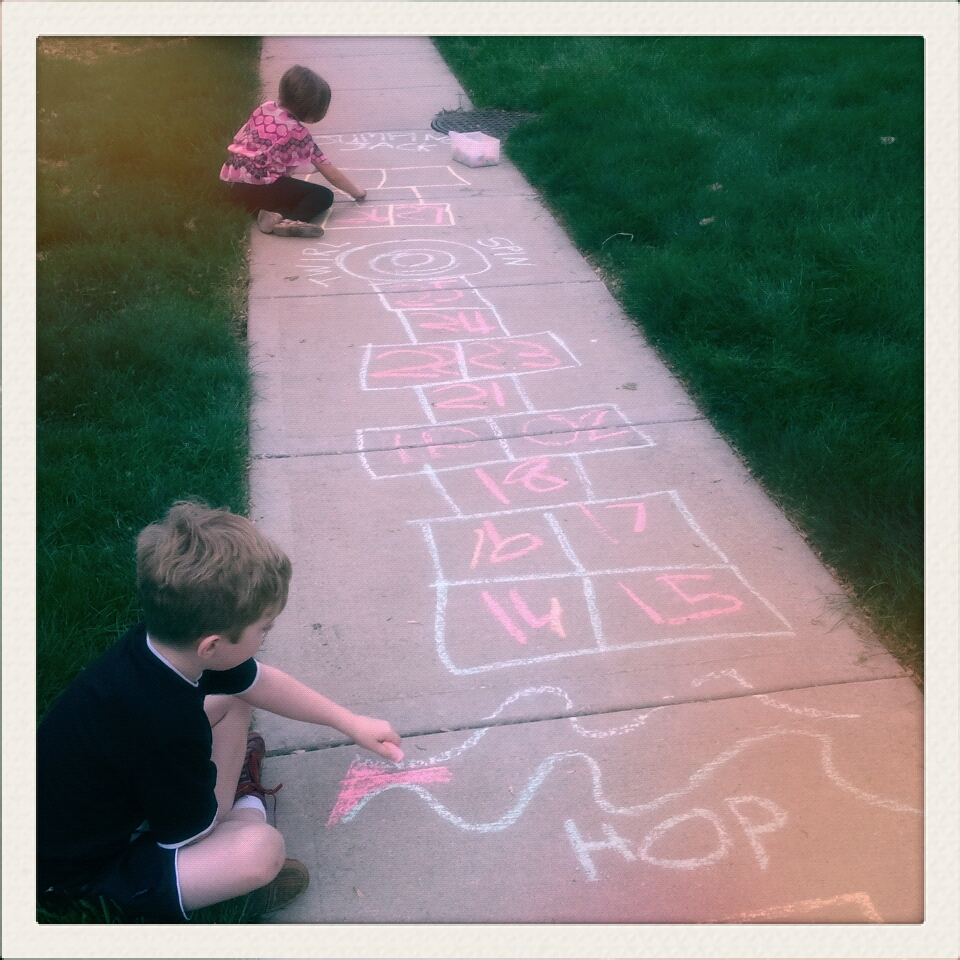 Sometimes in this modern world, the oldies ARE goodies.

EB had a kindergarten friend over…yes, a girl “friend”…and I was running out of fun activities for boys AND girls. A girl can only take so much ninja action and video games. Sidewalk chalk was discovered buried in the depths of my unorganized garage.

The kids wanted me to make a maze…which I kind of did. It was more a squiggly path, but then we started to add actions like hop and spin to it. At

the end of the maze we added a very long hopscotch…another oldie, but goodie. We also added some actions to the hopscotch like twirl (girly) and jumping jacks (boyish). The kids helped write the numbers for the squares (educational) and then broke a sweat doing the course over and over (exercise)!

I even joined in…yes, I had to hold up my skinny mom jeans while jumping, but I did it.

Tags: boys, Family, Kids Activities, parenting
Disclosure: This post may contain my affiliate link, which means I will make a small commission if you click and make a purchase. Thank you for supporting CuldesacCool.com. All opinions are 100% my own as always. For more information, please see my disclosure policy {here}.
← Scrabble Art Wedding Gift
Greek Yogurt and Spinach Chicken Bake →