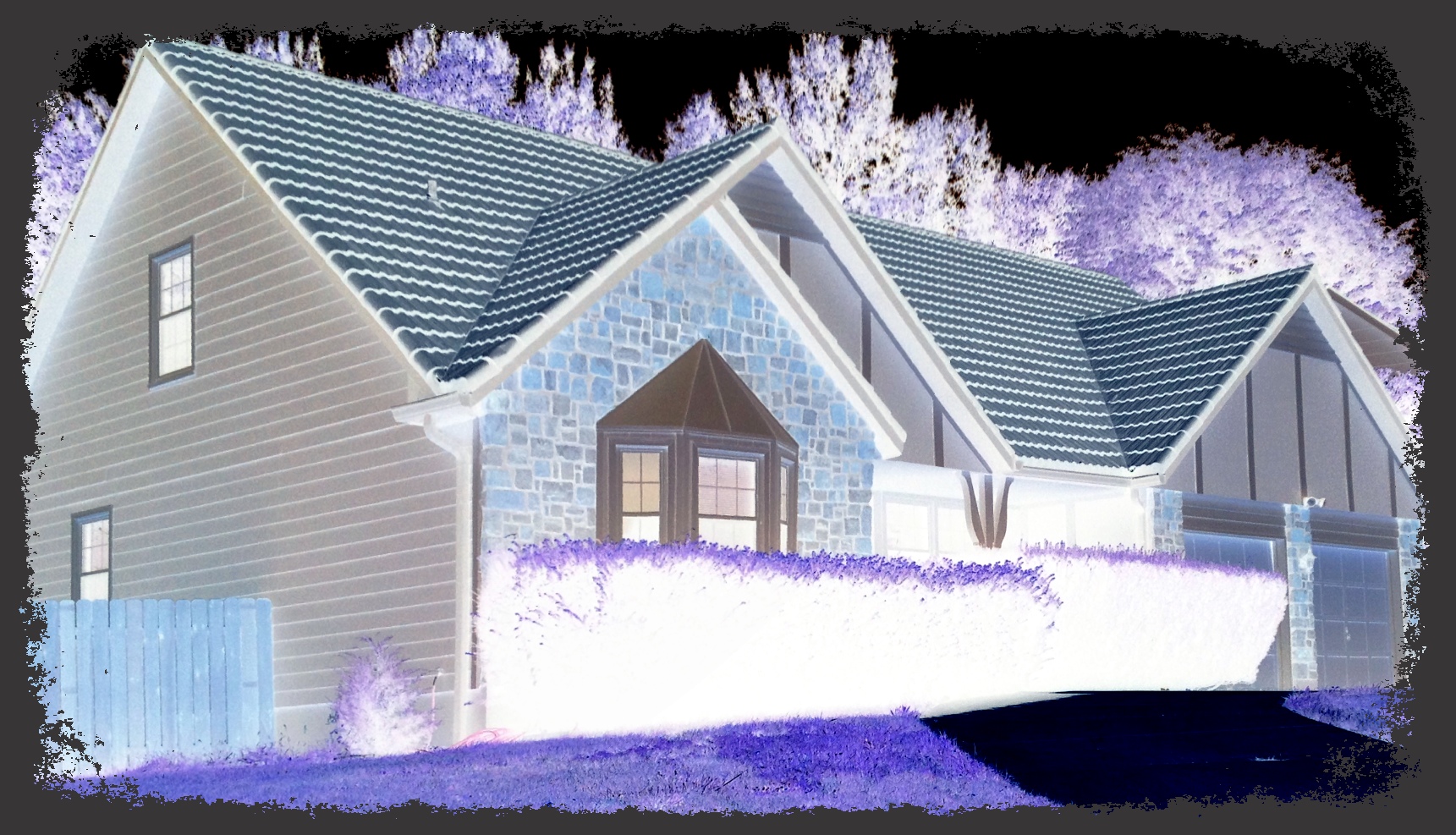 The Haunted House Next Door

Eleven years ago, we moved into our suburban, cul-de-sac beige, beauty. We wanted a house close to my sister’s family so all the cousins could grow-up together. We found a house on the same street.

While looking for the house we never paid much attention to the neighbor’s house to the right. (Let’s call that one “the Haunted House”–I’ll get to why in a second.) We were distracted by the pool in the back yard to the left. From the front the Haunted House looked fine: a bit older, no real pizzaz, but kind of lonely. At the inspection, the inspector asked pointing to the house, “What is going on next door?” Puzzled, we looked at him and then over the fence.

There was a dilapidated swimming pool covered in plywood and torn-up tarps, weeds a mile high, birds coming out of holes on the side of the house, bunnies, foxes, and no deck or steps from the sliding back door. It looked very rundown and creepy. “Oh, no,” my hubby and I exclaimed, “Who have we moved next door to?”

That’s when we heard about the urban legend (in this case, suburban legend). So here it goes, there was a man who had a fiancée. They bought this house together to live happily ever after. Unfortunately, fiancée broke off the engagement, moved out (we think–she might still be in the basement) and left him with his “happily ever after” house. The man was VERY angry and declared (we are presuming), “If the love of my life and I are no longer living in this house together, then no one will!” So to spite fiancée, the man moved out of the house and left it vacant for 15 years (time frame is questionable…it varies from neighbor to neighbor). Other neighbors suggested the move might have been either cultural or financial, but almost nothing we’ve seen from the Haunted House makes sense. We report the birds flying out of the siding to the city, they put brand new siding on the entire house but miss one small section. We report tall weeds. They put in a sprinkler system and never turn it on. We report the scary pool, they cover it with new plywood and tarps, which only lasts a couple of months. It goes on and on.

I have three very rambunctious boys, four nephews and a boat load of kid friends who come over to play. We have had lots of balls, sports equipment, even children (don’t ask) kicked, thrown and tossed over the fence to the creepy house next door. Remember, this house has an unkept, scary swimming pool in back. So, to make the kids understand (scare them to death) that they should never, ever go over to the house next door without an adult, I told them…(dramatic pause–cue creepy organ music)… it was haunted (which it totally could be). That is how it became known as the Haunted House (mwwwhhha,ha, ha, ha).

I have even spooked myself out. Our bathroom off our kitchen has a little round window that faces the side of the Haunted House. When I use this restroom at night, I try not to look through the window, because I just know that if I did I would see fiancée’s ghostly face staring back at me. You never know, she might still be there.

There have been many improvements over the last couple years: new roof, new windows, gas reconnected. The man has even let a family move in. I spoke to the new woman of the house the other day . She was short and round and had a big smile. I think she’s from Korea. In her broken English she said, “Hi. We move in. We fix gas. We are so happy.” I told her how happy I was that someone moved into the house finally. She smiled back at me, but there was a blank look in her eyes and her pet Pomeranian was barking up a storm next to her. The dog was facing the house. I think the ghost of fiancée has already gotten to little, happy Korean neighbor (cue creepy organ music). The suburban legend continues. Good luck, Lady, we’ll be watching.