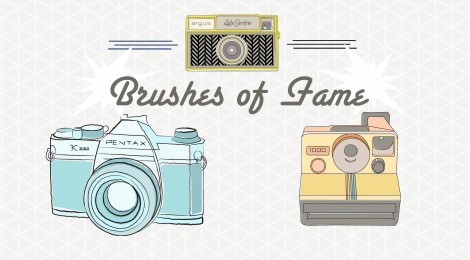 Being a stay-at-home mom, you need something to think about while doing your 100th load of laundry for the week. One way to escape for me is hearing stories of people’s brushes of fame. For instance, my sister hailed a cab in Chicago and General Colin Powell got out of it. She said it was very cool. They exchanged pleasantries and then were both on their way. My husband was in San Diego when the film Titanic was being filmed. He was at a restaurant one night and Leonardo DiCaprio and his gang of hooligans at the time walked in. My hubby and I were newly married and he knew I would love an autograph from Leo, so my hubby went right up to him with a napkin and got Leo’s autograph for me. Don’t tell the hubs, but I have no idea where that napkin is. These little brushes of fame make me smile. I’m a pop-culture-reality-show-dazed-by-stardom-to-escape-doing-the-laundry kind of gal. I love brushes of fame.

My own brushes of fame have been few and far between. They are obscure, which makes them kind of cool.

Two of my first brushes happened when I was visiting my sister on Spring Break in New York City. I was walking around with my sister taking in all the sights, sounds and people. All of a sudden, coming towards me was a tall man with longish gray hair–Danny Aiello, Oscar-winning-character-actor-extroidinare. I had just watched him in Spike Lee‘s movie, Do the Right Thing. As he passed me his scarf hit my face. No joke.

Later that same week I had lunch with my sister in New York City. She went back to work so I headed back towards her apartment. I was stopped at a cross walk waiting for the light to change when a man stood right next to me. I was looking down and noticed he had nice shoes and a Radio Shack bag. When I looked up I saw he was older, had white hair and a nice suit. He was Walter Cronkite, of CBS Evening News, right there, walking next to me. When I told my sister later that night, she said, “Oh, yeah. He lives on my street.”

My third brush with fame started in college. When I first knew this guy he wasn’t famous. In fact, he was the upper classmen who directed me in a play and made me cry because I wasn’t giving him the emotion he wanted. After college, he headed to Hollywood and became, Billy, the blue Power Ranger. He is a very successful,  happy man, and has a truly kind heart, but I will always remember him as Billy, the blue Power Ranger, who made me cry.

My fourth brush with fame didn’t involve a person, but a pair of pants. The film Kansas City, directed by Robert Altman, was filmed in my hometown. I had a friend who was working at a sporting outfitter store near where Robert Altman was staying. When I went to visit my friend at the store, he showed me the pair pants that Robert Altman tried on. I think they were a size 36″ waist. I picked up the pants and oohed and awwed over them. My friend thought I was crazy, but I told him this counted as meeting someone famous.

My final and last brush with fame came through my hubby over the phone. He was away at a business trade show. He called me one afternoon and said he had someone there who wanted to talk to me. This gentlemen got on the phone and referred to me by name. He asked if I liked hot tubs. My mind was reeling trying to figure out who it was, how did I know him and why my hubby would let him call me. The guy then said he was Tony Orlando (who???). I had no idea who he was, but he sure thought he was hilarious by all the laughing on the other end of the phone. Eventually, the guy said goodbye and that it was good talking to me. My hubby got back on the phone and said I had just had a conversation with Erik Estrada, you know, from the TV show CHiPs. Wow. Erik Estrada is crazy, but hey, crazy or not, I got to add him to my brushes of fame list.

Those were my brushes, more like, whispers, of fame. Maybe the next 10 years will bring me some big A-list brushes of fame, but I think I would be fine with some B or even C-listers. What are some of your own brushes of fame? I’d love to hear…remember, I have tons of laundry to do.

Tags: Brushes of Fame, celebrities, celebrity sitings, dads, fatherhood, fathers, funny, home, humor, laundry, life, moments, moms, motherhood, mothering, mothers, Musings, parenting, pop culture
Disclosure: This post may contain my affiliate link, which means I will make a small commission if you click and make a purchase. Thank you for supporting CuldesacCool.com. All opinions are 100% my own as always. For more information, please see my disclosure policy {here}.